Bringing a New Cat Into the Household: Part I 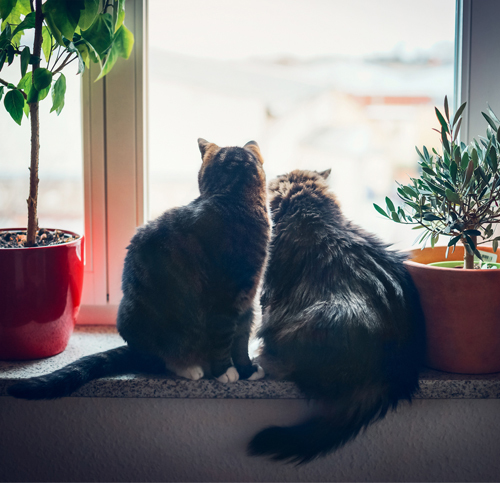 Bringing a New Cat Into the Household: Part I

Cats are generally independent creatures but often need social interaction as well, with both people and other animals. As cat owners we enjoy spending time with our pets and probably wish we had more time with them. However, as humans living into today’s society we are likely gone for consecutive hours during the day and can often be away from home for extended periods of time. Especially for those of us often traveling, going on vacation, or to places where we cannot bring our furry friends, adding another cat to the family at home is a smart option to consider. It can be very beneficial for our cats to have a constant playmate and an additional pet can provide us joy as well. However, there are some important steps that should be taken when introducing a new cat into the household. This process often requires patience, time, and an understanding of cat behavior.

Because your old cat has already determined the house is their own personal territory, adding a cat to that territory can be interpreted as an invasion. Initially there should be separate, designated places for each cat to live in order for both of them to feel at home in the long run.

For your new cat in particular, you should select a place that is warm and welcoming, offering a litter box, food, water, places to hide, and plenty of toys. It is ideal to select locations nearby, such as two rooms with a door between them.

The reason for this is the added benefit of the cats being able to hear each other on the other sides of the door and adequately acknowledge each other’s existences. Curiosity will bring them together at the doorway. This is a useful tool when introducing a new cat into the home. 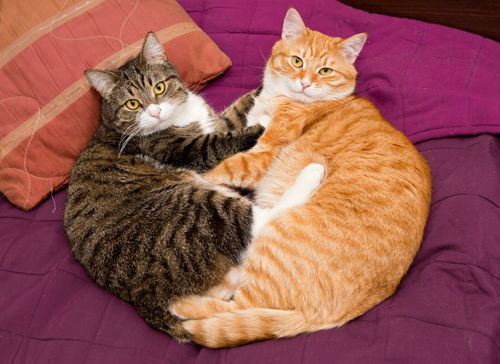 After an adequate time period of introduction, averaging between two days and a week, if possible, it is recommended to alternate the cat’s locations. Moving them into each other’s rooms will provide a succinct message that they are going to soon begin cohabitation. This change of location allows them to get used to each other’s smells and tendencies. Keeping the same litter box is a crucial part of this process. An exchange of pheromones is the primary intent of this step and it can be helpful to rub the cats with the same towels or cloths in order to combine their scents.

After a couple of additional days you can start interacting with each cat on the other side of the doorway, loudly enough for the other cat to hear you. Begin playing with your old cat, using some of their favorite toys to engage them in games of cat and mouse or chasing the ball. Then go to your new cat and offer the same toys and opportunities to play. This will also give you some time to bond with your new pet and figure out what toys and games they personally prefer. Positive interactions on opposing sides of the door allow the other cats the opportunity to associate good feelings with the other.

The purpose of these steps are to both get to known your new cat and make sure your old cat is not physically or emotionally threatened by the idea of adding a new member to the family. Whether adopting a kitten or a grown pet, it is important that there are no negative connotations associated with the other. Before adopting or purchasing a new cat, try first introducing them to your old cat, as long as the breeder, previous owner, or rescue center will allow it. The worst situation that could occur is that the cats do not get along with each other at all, in which case it may be a good idea to try to adopt or purchase a different animal. 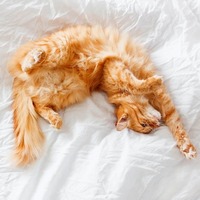 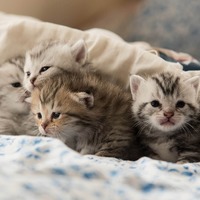 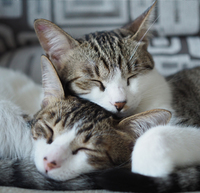